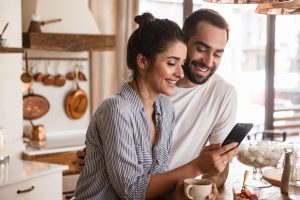 Earlier this year, DISH Network threw its’ proverbial “hat in the ring” in the mobile cell provider market. As the first step in their full mobile service network, they’ve announced the launch of Ting Mobile, their new high-speed prepaid cell service. Ting offers truly nation-wide coverage with new lines starting at just $6/month. They don’t force you into a contract of ANY kind, so there is no commitment whatsoever. All of Ting’s data plans are also pay-as-you-use, so you’re only ever paying for the data you actually use. Plus, you can bring your current smartphone to Ting Mobile from your mobile carrier, free of charge.

Ting Mobile seems to place a huge emphasis on the affordability of their plans. Each line starts at $6/month and their pay-as-you-go rates on data, talk, and text are some of the most affordable in the marketplace today. Most other large cellular providers require you to commit to purchasing a monthly data pool which many people and families wouldn’t come close to hitting. Ting Mobile also makes it incredibly easy to check your monthly usage at any time so you can always see exactly what you’re using and being charged for. It’s very refreshing to deal with a service provider that is so up-front and honest about their pricing and doesn’t try to hide your usage charges.

Most cellular carriers try to stiff-arm you into long-term contracts that keep you and your device tied to their service for years on end. Ting Mobile breaks that trend by offering a fully month-to-month service that never penalizes you for stopping service. Plus, Ting doesn’t force you into a generic data plan that doesn’t fit your needs. 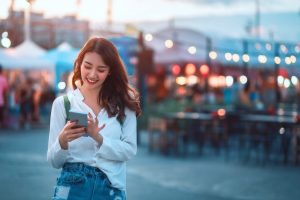 Virtually every cell carrier in the United States will claim that they have truly nation-wide coverage and not many of them come even close – but Ting Mobile certainly holds up its end of the bargain. The advantage it holds over other cellular carriers is that Ting Mobile is a “Virtual Network Operator,” so they utilize other businesses’ network infrastructure instead of building their own. This means that if one cell service isn’t available in one area, Ting Mobile users are able to hop on different signals to keep them connected in more areas.

Ting also doesn’t force any of their customers to go through a mandatory credit check, which can be very prohibitive to some. Avoid any harm to your credit score with unnecessary credit checks. 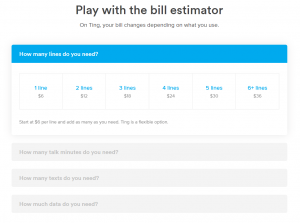 On their website, Ting Mobile offers a very useful bill estimator on their website that helps visualize exactly how much your bill is going to be for each line, as well as the national averages you can compare to. This gives a solid visual representation of how much your monthly bill will come to.

#6- BYOD: Bring Your Own Device

With Ting Mobile, you’re also able to bring over your current smartphone from your old carrier free of charge! They have a service on their website which confirms that your phone is able to be transferred over, which you can check at any time.

Ting Mobile is a very customer-friendly company and carrier that seemingly prides itself on a high level of service. This includes a very responsive and helpful support line that operates 24/7. Plus, they allow you to check your data/talk/text on their website or in their app at any time. 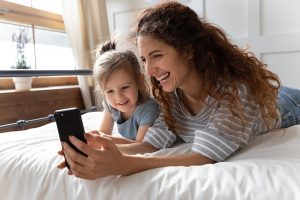 Switching to Ting Mobile is an incredibly easy affair. All you have to do is give them a call to start the process and you’ll be set in no time. Many other carriers require you to stop in their brick-and-mortar stores or require lengthy phone calls, but Ting keeps it very simple.

Another advantage Ting has over many other large carriers is the offering of a 14-day trial. Most carriers don’t offer very robust trial plans, so a 14-day free trial is far above the market standards, which goes to show how far Ting Mobile has gone to win customers’ trust.